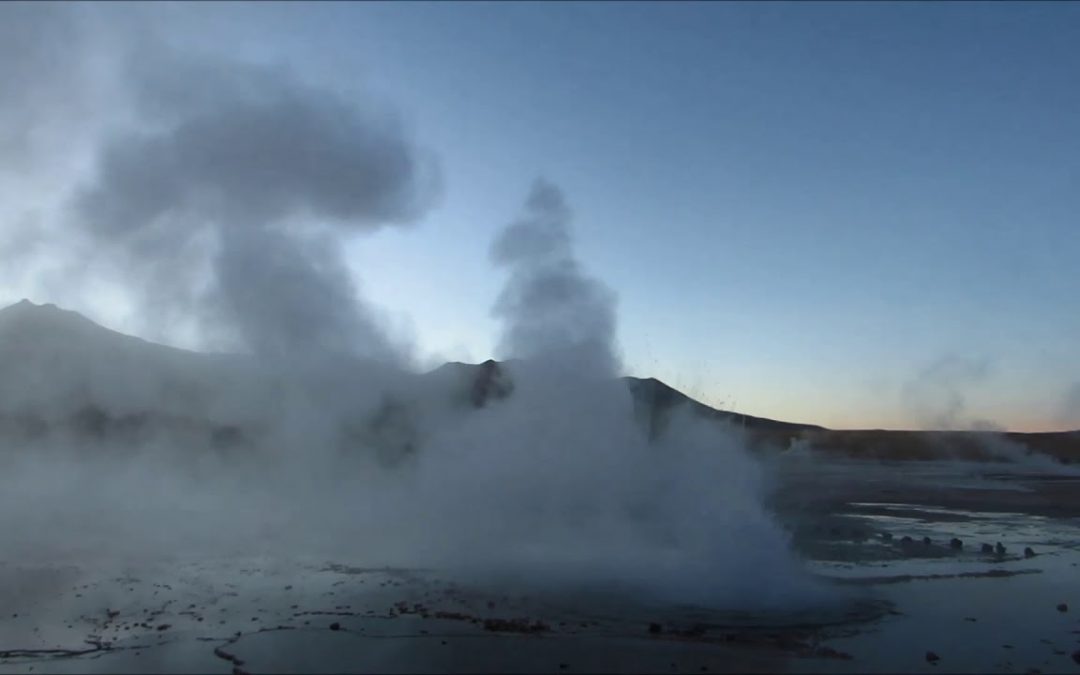 El Tatio is a geyser field located within the Andes Mountains of northern Chile at 4,320 meters above mean sea level. Various etymologies have been proposed for the system, including “oven” but also “grandfather”. It is the third-largest geyser field in the world and the largest in the southern hemisphere.

El Tatio lies at the western foot of a series of stratovolcanoes which run along the border between Chile and Bolivia. This series of volcanoes is part of the Central Volcanic Zone, one of several volcanic belts in the Andes, and there are no recorded historical eruptions at the Tatio volcanoes. El Tatio is also part of the Altiplano-Puna volcanic complex, a system of large calderas and associated ignimbrites which have been the sources of supereruptions. Some of these calderas may be the source of heat for the El Tatio geothermal system.

El Tatio itself is a geothermal field with many geysers, hot springs, and associated sinter deposits. These hot springs eventually form the Rio Salado, a major tributary of the Rio Loa river, and a major source of arsenic pollution in the river. The vents are sites of populations of extremophile microorganisms and have been studied as analogs for the early Earth and possible past life on Mars.

Presently, the field is a major tourism destination in northern Chile. It was prospected over the last century for the potential of geothermal power production, but such a project was discontinued after a major incident in 2009.